Understanding Social Media Made Easy — Just Do It 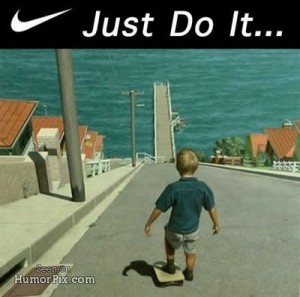 There is only one way to learn about social media

The Internet has forever changed the face of PR and marketing. Today the importance of Websites, blogs, bulletin boards (forums) and e-newsletters are well understood. However, when it comes to social media, things get a little sticky. Plenty of savvy marketers have found ways to effectively leverage virtual communities such as Second Life, Facebook, MySpace, FriendFeed and Twitter for the purposes of building brands or influencing opinions. But for many, social media marketing is still confusing and its value questionable.

For me, Twitter was the most difficult to grasp. I knew several members of the media used it, as did most of the PR 2.0 thought leaders. But the first few times I visited the site, I could see very little value. All I saw were messages about what people are having for lunch, what they did at the gym or reports about their personal bathroom habits. The only conclusion I could draw from my initial experiences with it was that Twitter was absurd.

Just to be safe, I discussed my experience with several colleagues to see if they had any additional thoughts or insight. Ultimately, we concluded that twitter was something worth monitoring, but it wasn’t very valuable as a public relations tool. We were dead wrong. A few months later I read about some of the various third-party Twitter tools designed to help users manage the flow of information and filter out the garbage. A few hours after that, once I installed a few of those tools, I fully understood the value and kicked myself for not figuring it out sooner. Today I use Twitter on behalf of clients, to promote my business, to promote my blog, to follow competitors, to keep up on trends and to monitor breaking news. I’m still not a Twitter junkie, but I now understand why some people are. At the end of the day, the only way to truly understand a social media site is to become an ACTIVE member of the community rather than just a tourist or guest. Taking the time to truly get to know why a particular social networking community finds the site valuable is a worthwhile exercise. From a marketing standpoint, it is also absolutely necessity. The reason communities like these are so effective at influencing opinion is that people tend to trust information from people they know (even if they don’t know them in person). If you are seen as a legitimate member of the community – even if you are there openly representing a particular company – you will still be seen as trustworthy to some extent. If you are an obvious outsider there only to promote a single agenda, you will have no credibility and you are likely to be run out of town on a virtual rail (along with your client’s reputation). Yes, it takes a lot of time and effort to establish yourself, but in the end, it is worth it.